In the early days of our career, I was working on developing a series of staged studio shots to add to our fine art gallery.   The idea was to create a scene, measure the lighting and camera settings for the desired output, then have a guest model sit in for the final image.  Remember, this is pre-digital, so no instant looks.  You used a light meter, shot a test roll and had it processed.  If we were shooting medium format, then we could have shot a test polaroid first.  However, in this instance, I was using 35mm.

My ‘go to’ model for this type of prep work is my business partner Mary.  She has suffered through hours of poses, lighting setups, staging mock-ups and costume changes.  The idea was to set a scene in soft focus and create a piece that could be enlarged for an emulsion transfer over to canvas.

We did eventually bring in a model, but I preferred Mary’s test shots which we had transferred to canvas and displayed in our gallery.  The image was shot using a Minolta X-570 on an MD-1 motor drive, using a Vivitar 100mm 2.8 Prime lens on Fuji G-100 color negative film.  Lighting was provided by using a set of Speedotron Brown Line power packs.  One Bank light, one Kick and one Hair light firing into a golden body reflector with a 2-3-1 lighting ratio.  The image was scanned using a Minolta DIMAGE 5400 full frame.

Today the original hangs in our studio. 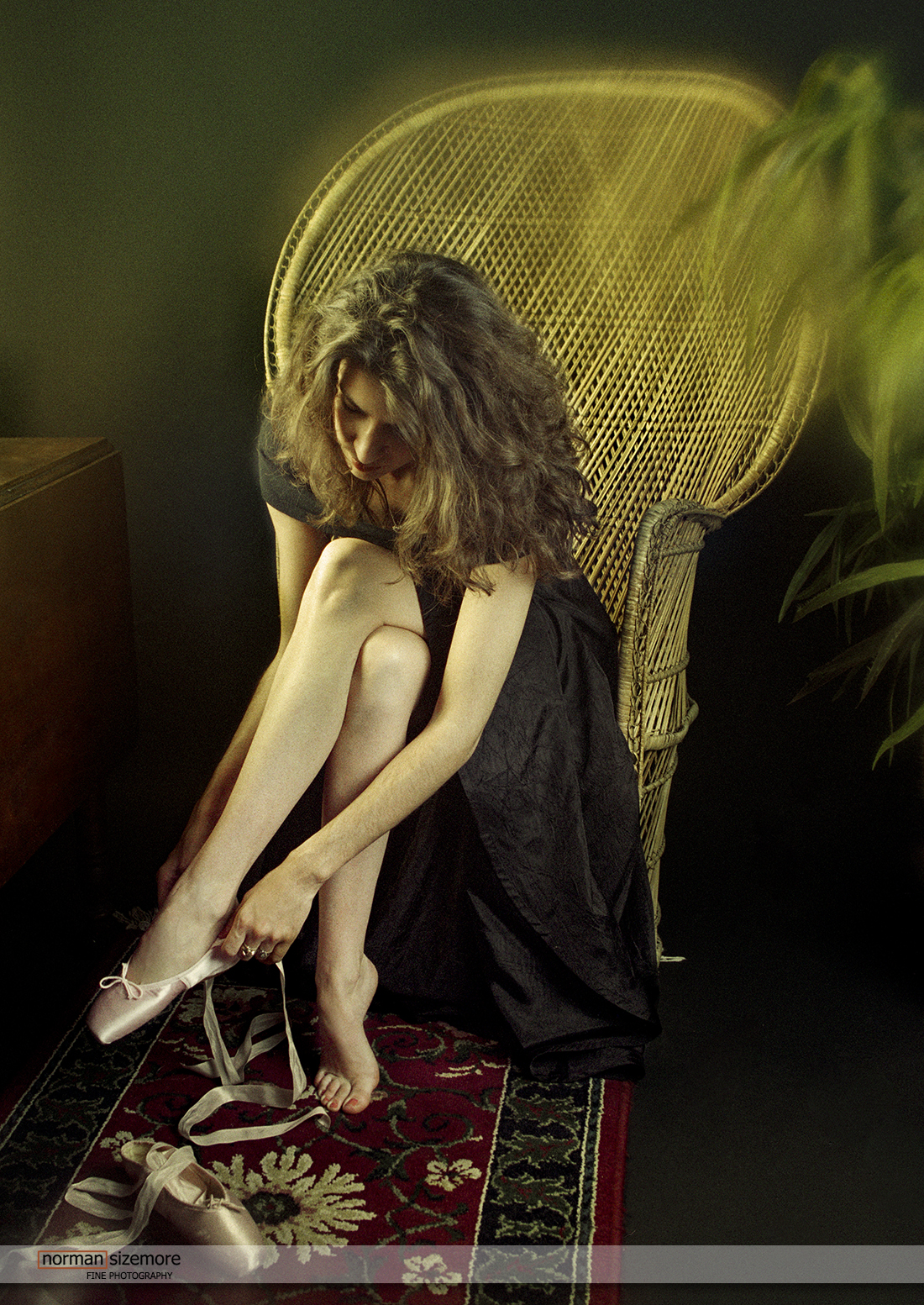