Shooting the GT on Film: Part One

Every now and then we will get a call for an unusual assignment.  Back in 2004, the Ford Motor Company released the much-anticipated Ford GT.  Homage to the legendary Ford GT-40 that won the 24 hours of LeMans in 1966, 67, 68 and 69 reaching a then unheard of top speed of 218mph and embarrassing Ferrari forever.

The new GT was a hit.  Production was sold out. Cars were on back-order; dealers were limited to maybe one car, if they even qualified to receive any at all.  When a local dealer learned they were to receive a GT, they requested that we come in and photograph the car for the purposes of creating some canvas wall art for the dealer offices and showroom.

As with most assignments, there is always a hitch.  The car was located in the dealership showroom.  We were not allowed to move the car to a proper studio with a seamless sweep.  Additionally the client didn’t want the photos to show any of the showroom area walls, which were mostly glass along with a rigid iron ceiling and hard fluorescent lighting.  We could move the car, by engaging neutral and gently pushing it around the crowded showroom. Gently being the operative word here. The engine was not to be started under any circumstances.

With digital cameras in their infancy and limited to a few measly megapixels, we were not confident of obtaining a wall-art worthy file from which to print.  We decided to shoot with a Hasselblad 501 medium format camera and Carl Zeiss lenses as well as a Minolta XE-7 35mm camera and Rokkor prime lenses with both cameras using Fuji Astia 100 color reversal film.  Lighting consisted of four Photogenic Machine Studio Master II’s, powering two bank lights and three soft boxes.  The only indication of proper exposure was using our trusty Sekonic light meter.  No shooting then instantly checking the camera-back to look at exposure.  We have become a little spoiled with digital instant feedback.

Film grain wasn’t much of a concern, since we were using Fuji Astia and the images would be printed on canvas.  Looking closely on screen, the grain is evident as is the intentional over exposure of the film.

Our challenge furthered, when the client wanted the car on both black and white backgrounds.  We had a weekend in which the dealer agreed to close and allow for us to set up, shoot and have the showroom back together for business on Monday.

We of course had a blast and were able to create eleven 20x30 wall art canvas prints from the shoot. Some day soon, I will post a continuation with some behind the scenes photos of our weekend mobile studio set up. 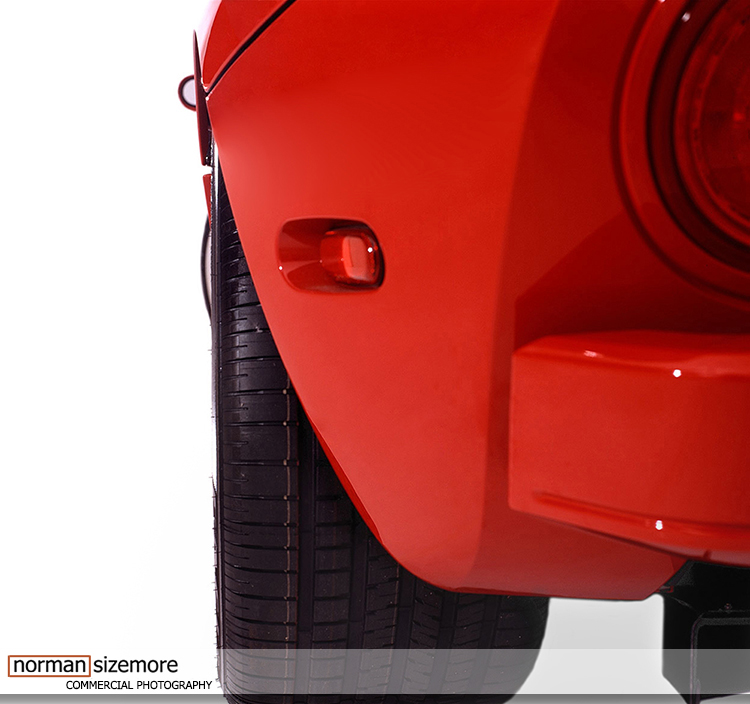 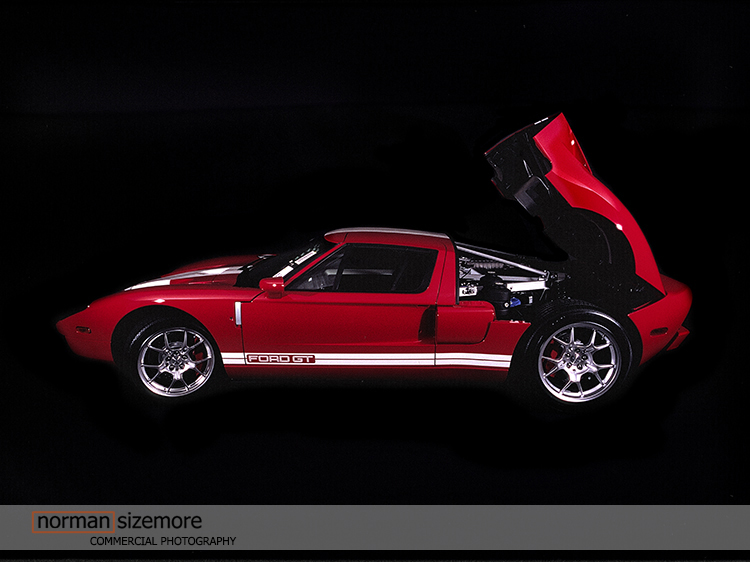 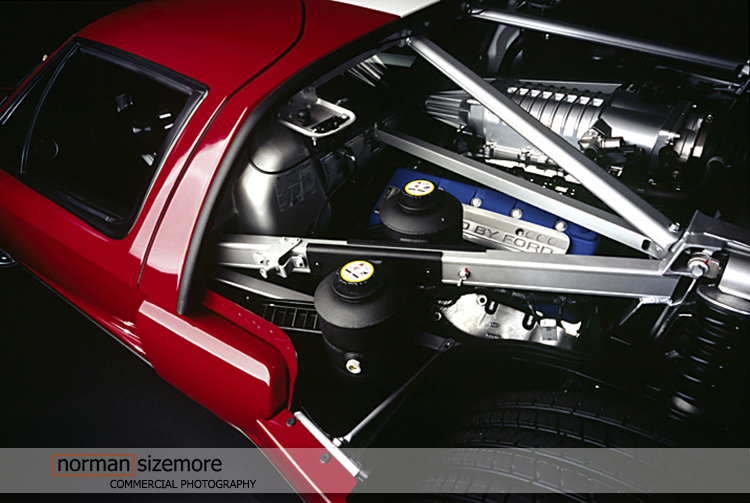