You may recall me writing about the Minolta XE-7 as my favorite 35mm film camera.  Well, the Leica R3 is based on this camera.  They were design in cooperation between Leitz and Minolta and both used the exact same Copal manufactured Minolta/Leitz developed electronic shutter.  Leitz could have chosen anyone to work with, but Minolta’s top drawer build quality and outstanding optics sealed the deal for this and future collaborations between the two. 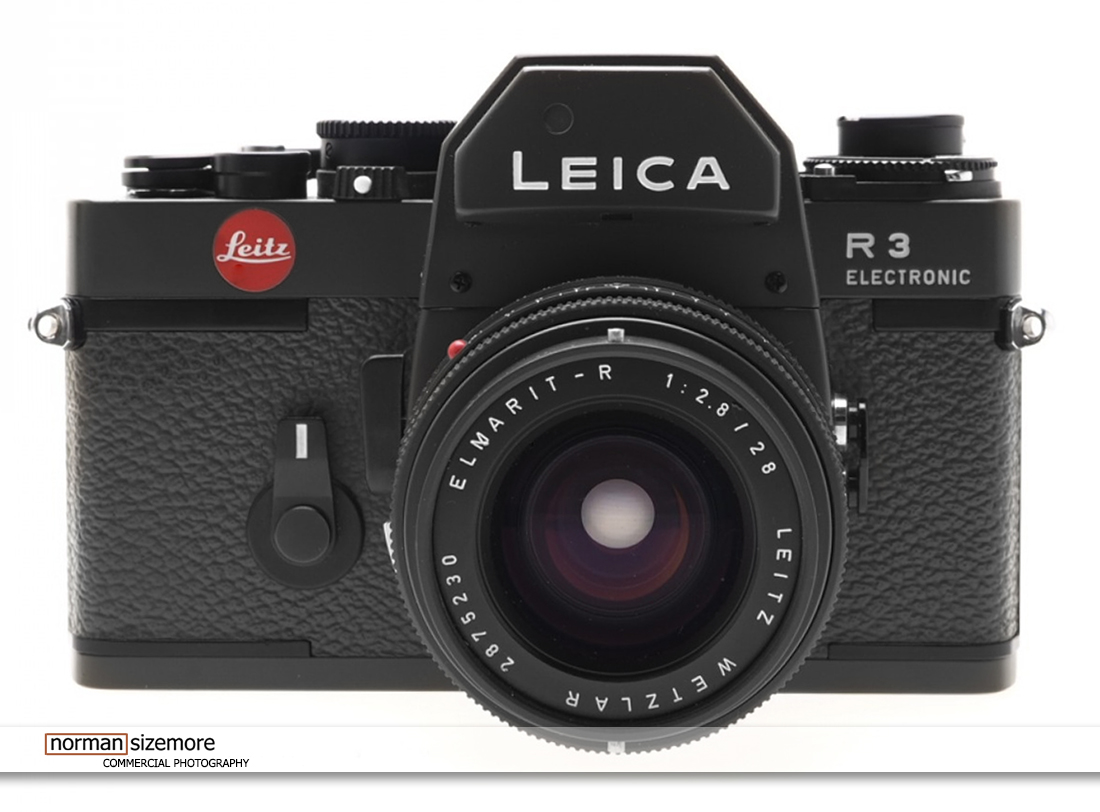 Though the Leica R3 and the XE series are essentially identical cameras, the R3 did have some improvements.  Remember, the XE was available for nearly two years before the R3 was introduced.  The later introduction of the R3 allowed Leica to use Minolta’s recently developed super bright focusing screen, making for a brighter view finder then the one in the XE.  You can however swap an R3 focusing screen into an XE if you so desired.  I thought about doing that, but always found the existing XE screen to be plenty bright and contrasty. The Leica R3 also had the addition of a spot meter and later on motor drive capability. The Leica R3 was a big hit for Leitz, and at one time Leitz thought that their future would be in the SLR market.  It was also very expensive, more so than the already expensive Minolta XE-7.  I bought my Leica R3 with the Summicron 50mm f2 lens and was excited to compare it to the Minolta XE-7 with the Rokkor 50mm 1.4 lens. 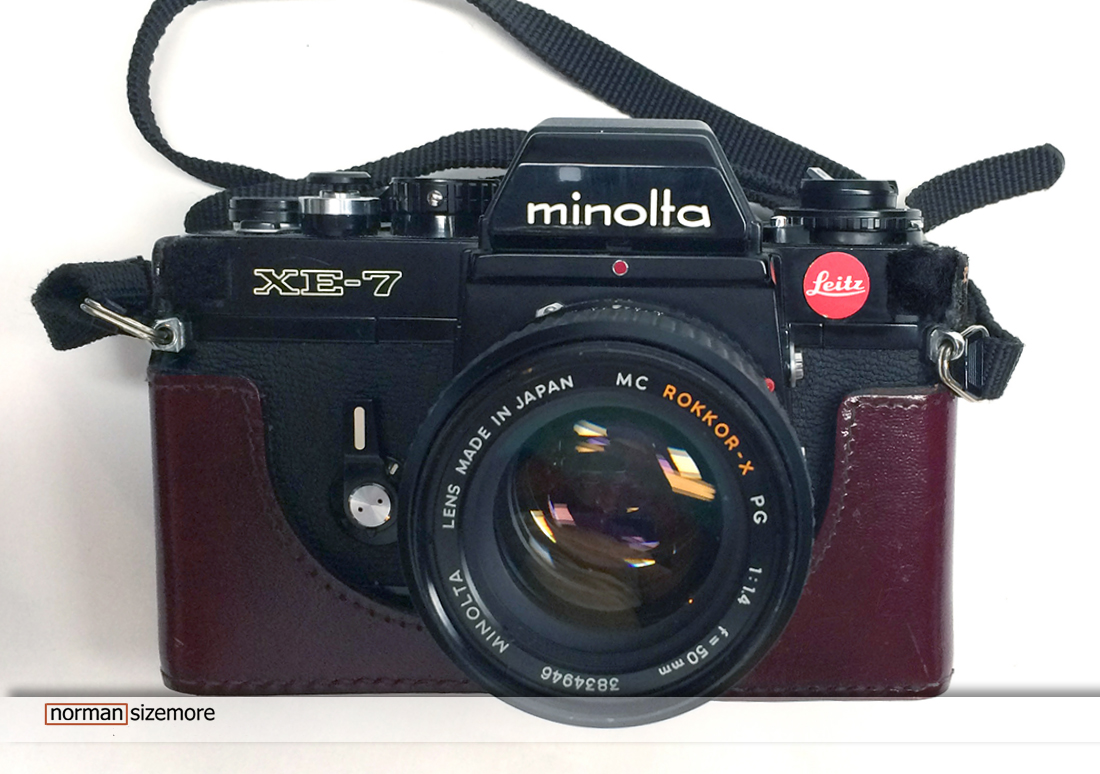 After using both extensively, I found that I really preferred the Japanese built XE-7 to the Portuguese built R3.  The fit and finish were much tighter and the camera was just smoother.  Here I am talking about lens focusing and dial controls.  The superb shutter wind-on, was the same for both cameras.  I found the Leitz lens optics to be generally excellent, but in no way superior to the Minolta Rokkor lenses.

After a few years of use, I found myself using the XE-7 more and more and eventually sold the R3.  In all, a really nice camera, but it certainly wasn’t better than the Minolta XE-7 which can be purchased at a fraction of the cost. Therefore, the Leica R3 was a disappointment to me.  I would go on to purchase a Lecia R4 and R6 (both based on the Minolta XD), and then several of their M series rangefinders.  But here, after a nearly 30-year career, I find that I own more than 7 Minolta film cameras and not one Leica. 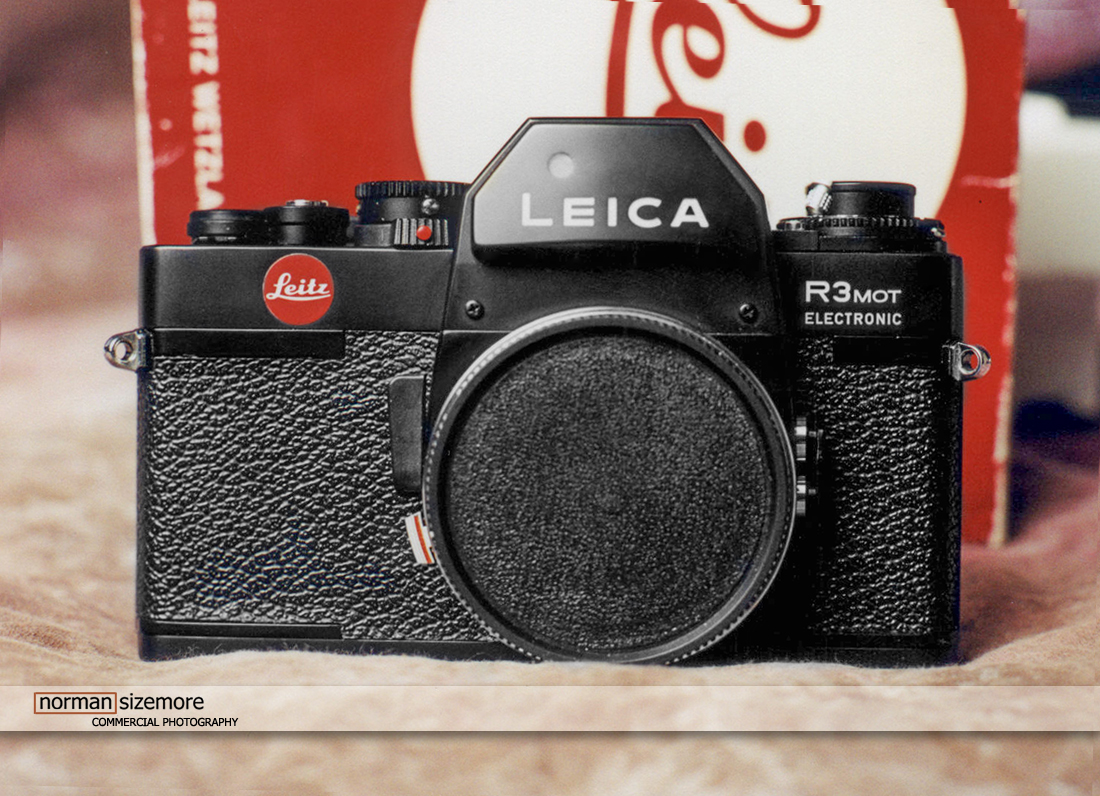 I guess to me, it’s about performance and reliability.  This isn’t my hobby, it’s my profession.  I need my cameras to work, day in day out.  One assignment after the other. Here the Minoltas have never let me down.  They have never required a service, despite years of really hard use.  My Leica’s on the other hand, had all been in the shop on multiple occasions at one time or another for repair, something I find unacceptable for the working professional.

I do give the Lecia R3  my recommendation, but only to the hobbyist.